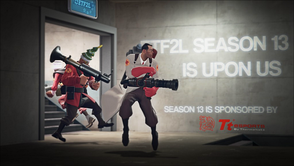 Season 13 was the thirteenth season of ETF2L's 6v6 competition, powered and sponsored by Tt eSPORTS. Signups began on August 22nd, with many teams entering by the deadline of September 7th. After the divisions were published, the main season began on September 16th. Kaidus was nominated player of the season.

The hardware prizes were donated by the main sponsor Tt eSPORTS. The cash came from a donor who wants to remain anonymous.

Players in all divisions received a medal for winning their division or a Participation Medal for just competing.

1 The team played under the Team Decerto banner until Week 5.