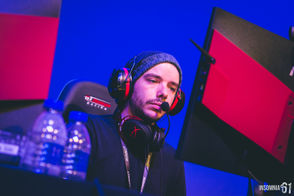 Jason "kaidus" Allen is an English Demoman and has been ranked amongst the world's best in that class for several years. His play-style tended towards aggression, often combined with dynamic movement through the use of sticky jumping. His jumping aptitude made him known as the fastest at map rollouts in Europe if not the whole world. After playing for a series of top teams, kaidus was forced to retire from playing competitively due to a wrist injury.[1] kaidus returned to the competitive scene as a coach for Crowns eSports Club at i58 in which the team won.

On the 10th of December 2016 kaidus announced the formation of Se7en, a TF2 organization with the intent on making sure Europe has representation at any major events outside of Europe. The team ran a successful Fundraiser in order to get to Rewind LAN 2017 at the Esports Arena in California. kaidus' role will be limited to team manager and out of game coach. kaidus would also be seen as an analyst at the LAN, alongside other broadcasters.

kaidus was an outspoken member of the community and had served on numerous competitive-focused talk shows such as Pirate Radio[2] and Fully Charged[3]. He was also one of the most popular high level livestreamers in the community and frequently streamed his team's PCWs.

Additionally, he created a number of "Rollout Workshop" videos to provide instructions for improving the movement speed of aspiring Demoman players.