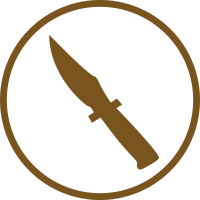 The Spy is a suave backstabbing rogue who has the ability to instantly kill any enemy by attacking with his melee from behind. He can position himself as he sees fit with his Invisibility Cloak and can get important Picks when an opportunity presents itself. Spy is weak in direct combat; he is designed to take out important targets and then retreat. As a pick class, Spy will usually target the enemy Demoman, Heavy or Medic. Against Medics, Spy's goal is to either force Medic to use his Übercharge or kill him outright, wasting the charge. The Spy is also capable of disabling and destroying the Engineer's buildings with his Sapper.

In 6v6, Spy is an offclass due to his poor damage output and low health, generally run when Sniper cannot take advantage of any sightlines or chokepoints. Spy will usually only get one chance for a pick; once he makes a play, the enemy team will be on guard for the rest of the match. A player may switch to Spy when the enemy Medic has a large Über advantage during a stalemate in order to kill an enemy - especially Demoman - before his team makes a push.

In terms of assassination power, Spy has significantly less potential than Sniper; Sniper can fire multiple times and get multiple picks, but Spy usually only gets one chance for a pick and will almost certainly die afterwards. However, because he is not often run in 6v6, enemies are not generally aware of him, allowing him to make a play. Spy is most commonly used as a surprise tactic for breaking stalemates against teams that stay out of Sniper sightlines and deny Roamer bombings. However, keep in mind that Spy is still much less versatile than Sniper.

Spy's other major use is to spy on the enemy team. He can gather vital information and relay it to his team, such as enemy Medic's Übercharge and choice of Medigun, surprise offclassing, and enemy positions. Spy's invisibility can also be utilized for backcapping against a careless enemy team.

In Highlander, the Spy is used as a pick and support class. He will often attempt to pick the enemy Medic, Heavy, Demoman, Sniper, Engineer, or any key targets that are giving his team trouble. However, he must be aware that the enemy team has a full-time Pyro and will spycheck more often, leaving him with fewer opportunities for picks.

The Spy is also the best scouting class in the game, providing valuable information to his team. He can easily relay enemy Übercharge, positions, pushes, and loadouts, thanks to the safety provided by the Cloak and Dagger.

When confronted by an enemy, Spy is almost always at a severe disadvantage; his poor damage output and health prevent him from going toe-to-toe with most combat classes. In a pinch, Spy may need use deceptive movements to manipulate an attacking enemy into showing him their back. This technique is called "trickstabbing," and may be the only way for him to escape a bad situation. In higher levels of play, however, enemies will be wary, and often will stay out of backstab range.

Spy may opt to use a revolver to harass and distract distant enemies, or pick off an isolated foe. The Ambassador is often the best choice for this playstyle, as it allows Spy to deal critical hits with headshots, allowing him to briefly match enemies' damage output. When focusing on his revolver as a damage source, Spy will often fight alongside his team and assist them in dealing damage, although he is inferior to Sniper in both range and damage. In order to utilize his full potential, he must sow confusion and paranoia among enemies in order to allow his own team to take the upper hand.