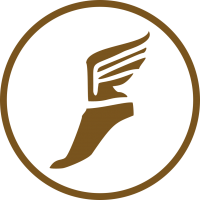 The Scout has the greatest mobility of all the TF2 classes; two jumps and an impressive 133% movement speed makes him a challenge to track down and even to kill once he is found. The Scout carries a Scattergun, which deals massive damage to an opponent at close range. With his high movement speed, a Scout has no trouble getting into close-combat with his enemies; his greatest challenge is staying alive long enough to utilize his high damage. The Scout has only 125 base health, tied for the least out of all the classes along with the Engineer, Sniper and Spy.

The Scout is a highly mobile "clean up" class, used to capture points and move in and out of fights to deal and avoid as much damage as possible. A competent Scout must successfully capture points, control the flank, and be able to finish off enemies weakened by power classes (Soldier and Demoman). He is also often the best candidates for off-classing, depending on the situation. Scout's most effective tactic is to utilize his high speed to ambush enemy players to kill them before they are able to react. During a mid-fight, at least one Scout should stay alive; losing both of its most mobile players can spell disaster for a team. The Scout should aim to die as little as possible, as a longer living scout has a higher impact.

In the standard 6v6 lineup, each team will have 2 Scouts, falling into one of two common roles: the Flank Scout and the Pocket Scout. The Flank Scout is a part of the flank, and often fights alongside the Roaming Soldier. His main job is to relay information to his team and assist the Roamer. Together, they watch the flank to prevent enemies from attacking the Combo. Should an opportunity present itself, they can attack the enemy Combo and create distractions for their own team to push. The Pocket Scout travels with the Combo, protects his teammates (especially the Medic), and finishes off enemies weakened by the Demoman or the Pocket Soldier. One of his main targets is the "bombing soldier" - an enemy Roamer jumping in to kill the Medic. The Pocket Scout is the primary candidate to maincall due to his mobility and high damage.

Scout's role is far more limited in Highlander, as his movement is significantly restricted by two full-auto high-damage-per-second classes: Heavy and Engineer. As such, Scout is used more often as a utility class, helping the team by being on the flank, capturing points and objectives, and sometimes following up on damage dealt by the combo. He can also be used to harass certain classes, such as Snipers. Scout is often unable to contribute effectively in game modes that force players together (such Payload and Attack/Defend) due to his lack of splash damage, but can be deadly on certain King of the Hill maps with multiple flank routes, which allows him to pick off isolated enemies one by one.

Highlander leagues allow a greater variety of Scout weapons than 6v6 leagues do, which allows for more varied strategies. Scout's role can be enhanced by many of his unlocks: Mad Milk increases his team's survivability during pushes; Bonk! Atomic Punch allows him to distract the enemy team and kite Sentry Gun fire. As long as Scout stays alive and aware, opportunities to flank and ambush will still present themselves.