From comp.tf
Jump to navigation Jump to search
[e][h]Epsilon eSports 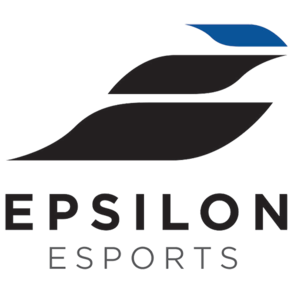 Epsilon eSports are an eSports sponsor whose 6v6 team held a dominant spot in ETF2L's Premiership division for many years. The team in its various incarnations picked up 7 ETF2L championships and became Insomnia LAN champions at Insomnia49. They were considered the best team in Europe during their time and arguably the best team in the world after their performance at i49. They were dominant in the ETF2L Premiership division for over 3 years, taking over the spot of EU's dominant team from the former Team Dignitas. The organization's sponsorship of Team Fortress 2 ceased after the Insomnia52 LAN event, where the team took 2nd place behind North American team Froyotech. Many of the team's players later formed the core of current ETF2L Premiership team SUAVE, before disbanding after winning ETF2L Seasons 19 and 20. Epsilon eSports reunited to play in ETF2L Season 22, although only wore the name in TF2 for "the sake of nostalgia"[1], although rebranded themselves as #tf2center due to a donation by MasterNoob to help the team reach DreamHack Winter 2015.[2]

Epsilon were expected to perform at a top level in i46 and were appointed by many as favorites to win. After they placed 3rd place the team was subject to various line-up changes, particularly picking up Infused players Mike and Numlocked. This made the team even more dominant in the European scene and fit to take on North America's best.

Epsilon won the i49 LAN with a near-flawless performance, dropping only a single map to TCM in the Grand Finals, and crowning a European team as the TF2 intercontinental champion.

The team disbanded after finishing ETF2L Season 16 and ESEA-Open in January 2014.[3] They reformed with a new roster featuring a mix of old and new members for ETF2L Season 18.

In the i52 LAN, however, despite going undefeated in the Invite Group stage, they dropped 2 matches to Froyotech, one in the knockout stage and the other in the Grand Final, thus losing their title of World Champions.

The team folded after the event with several players taking a break due to other commitments.