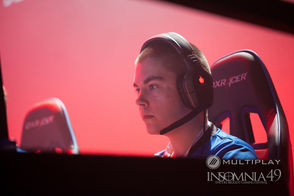 Cookye is a competitive player whose main class is scout. He has played for a number of European teams in a successful and lengthy career. Cookye gained prominence during his time at Finnish team Power Gaming, earning a reputation for extraordinary accuracy which gave him such notoriety that a hoax video was made to suggest some form of assisted aim. Nevertheless these accusations were dismissed following LAN-proven performances at various Assembly and Insomnia events (most notably at Insomnia49 where his team TCM-Gaming finished runners up to Epsilon eSports). He took a hiatus from TF2 after playing Season 18 with Rockit but made a return when he was acquired by Perminators in 2017.