From comp.tf
(Redirected from Wrench)
Jump to navigation Jump to search 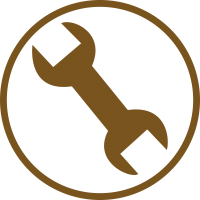 An invaluable defense tool, Engineer's Sentry Gun, Dispenser, and Teleporter are very helpful support utilities that greatly assist a team in defending a Control Point or Payload Cart. On offense, Engineer cannot attack directly, but can defend his team's territory, heal them as they retreat from combat, and bring them to the objective much faster.

In the standard 6v6 format, Engineer is an offclass on most maps, used primarily to defend last on most 5CP maps. When pushed back to the last point, a Scout or Soldier will often switch to Engineer and build a Sentry Gun to soak up damage and delay the enemy ÜberCharge - once it runs out, his team can counterattack. If his Sentry goes down, he will generally switch back to his main class and attempt to clean up damaged enemies. It is important to note that a well-placed Sentry will often prevent the other team from pushing in with a Kritzkrieg ÜberCharge, as it provides no defensive bonus, and the Engineer's buildings are unaffected by critical hits.

A far cry from his minor role in 6v6, Engineer's buildings form the backbone of his team in Highlander. His Sentry shreds overextending enemies, his Dispenser restores injured teammates to full health without Medic's help, and his Teleporter summons a teammate from spawn to the battle every 3 seconds. On Defense, his main job is to defend the objective, deny the other team's pushes, and stall for time until the clock runs out. On Offense, his job is to get teammates to the front lines as quickly as possible and defend the ground they gain. However, Highlander presents a new risk in the form of Spy, whose Sapper can disable and destroy Engineer's buildings. Engineer can also use such tools as The Wrangler and The Gunslinger to extend his effective range on Defense, or to fight alongside his team on Offense. On Offense, his life isn't as important, so he may be expected to sacrifice his life to push the payload cart or capture control points.