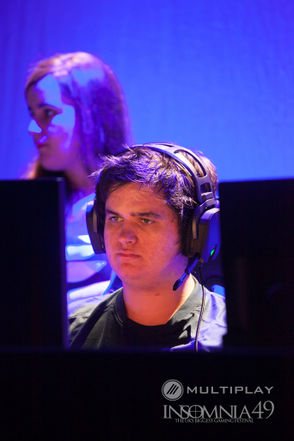 Seb "numlocked" Barton was an English Demoman who played most notably for Epsilon eSports. He is often considered to be one of the best Demomen in TF2 history, having played a huge role in Epsilon's ETF2L Success. numlocked briefly retired from TF2 in 2014 but returned to play for #tf2center in Season 22. The team was formed in order to help cohesion in their planned competitive Overwatch team and played only official matches. Despite this, the team placed second.

numlocked started playing high level TF2 in the team Vale, where he played for nearly a year before moving to Team Onlinegamer where he played a season in Division 5, after a season playing at a lower level he went back to higher level TF2, this time playing for TCM. He played in TCM until ETF2L 6v6 Season 10, where he joined Team Infused. numlocked played for Team Infused for 3 seasons before finally moving to Epsilon eSports after Insomnia46. For the next ETF2L Seasons, numlocked and Epsilon eSports became legendary after winning Season 13, Season 14 and Season 15, conceding one single map against broder in the Season 14 Grand Final. After this successful period of time, Epsilon competed in Insomnia49, where they claimed to be the best team in the world.

After i49, numlocked stayed with Epsilon eSports to win Season 16. Later on, as Epsilon disbanded for Season 17, he joined Autobots for some games and then left the game to play League of Legends. In early 2015, numlocked joined SUAVE, which formed as a combination of some former Epsilon eSports and other Premiership players to win Season 20. He then retired from Team Fortress 2, but returned with #tf2center to play in Season 22. The team did not scrim or practice for the season, intending only to improve teamwork for their planned Overwatch team. The team placed second, despite the lack of practice, but quickly disbanded.