From comp.tf
(Redirected from Quickiebomb Launcher)
Jump to navigation Jump to search 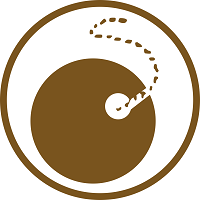 Demoman is the fourth class of Team Fortress 2. While officially a "Defense" class, his sheer power makes him highly versatile, able to both lead offensive pushes or to defend a given area. His main roles are area denial, choke spamming and crowd control. The area-of-effect nature of his weapons makes him ideal for forcing enemies off an objective, and his massive damage is a ready counter to Engineer's buildings. However, he has no bullet-based weapons, which makes him vulnerable at close range, where he cannot attack without risking heavy self-damage. As such, he is at a significant disadvantage when confronted by close-combat classes such as Scout or Pyro and must often rely on his team to protect him. When defending, a good Demoman can hold off most of the enemy team with well-timed and well-placed spam, while an attacking Demoman can demolish enemy Engineer blockades and prevent defenders from approaching the objective. On 5CP and KOTH maps, Demoman is most often the first to arrive at the midfight due to the use of Stickybomb Jumps, which allow for high mobility over long distances, effectively negating his below-average speed during rollouts. He possesses both the highest mid-range DPS in the game (using the Stickybomb Launcher) and the third-highest health cap.

In the standard 6v6 format, Demoman is the core of his team's combo, along with Medic. He holds the primary role of dealing initial damage and crowd control, and his stellar spamming abilities can greatly weaken the enemy team so they can be cleaned up by his teammates. He is also essential for defending as his sticky traps can get him easy kills and force the enemy to retreat and his grenades can easily take a chunk off the enemy's health if they become careless with their positioning. However, Demoman is often one of the harder roles in 6v6 due to his weakness at close-range and fairly slow movement speed. While Demoman is extremely mobile in rollouts, sticky-jumping in combat is not feasible, as it deals him heavy damage. He must consider his positioning carefully in order to deal damage but also stay out of danger; he is often targeted by more mobile enemies such as Scouts or Roaming Soldiers, and must always be prepared to fight them off or retreat to safety. On many maps such as Sunshine, Process, Gullywash and Metalworks, the Demoman may be assigned the role of "main caller" and be asked to direct his team throughout the game.

In Highlander, Demoman's main job is dealing damage to as many enemies as possible. His weapons are great at dishing out heavy damage to groups of enemies and slow, high-health targets, such as Heavy and Sentry Guns. However he lacks the ability to reliably protect himself from close range threats (most often from Scout), so he is often paired up with the Heavy and Medic to form the main combo of a Highlander team. He serves a similar role to his 6v6 counterpart of dealing damage and leading Ubercharge pushes, but he is also required to deal with Engineer nests, which often prevent the rest of his team from pushing forward.