From comp.tf
Jump to navigation Jump to search
Obscure
[e][h] 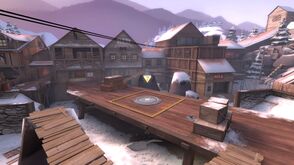 Obscure is a community-made Standard Control Point map by Byte in collaboration with "Mr Cocococococ Codcrille". Development of the map has ceased as it has reached its final version. UGC used its own variation of the map in 2012 for its league.

The map was first introduced to the ETF2L forums on August 4th, 2009. The creator made a IRC room for pickup games on the map, wich quickly became popular peaking at 90 users and achieving a big amount of feedback through the alpha and beta versions of the map. [1] The map went through many versions until reaching the final form three years later.