To see a full list of maps used in competitive play, or to find out more about TF2 maps in general visit: Maplist 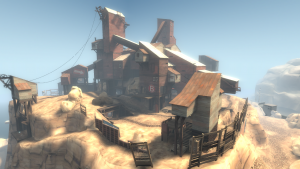 The 2nd point on Upward.