From comp.tf
Jump to navigation Jump to search
[e][h]Challengers Cup 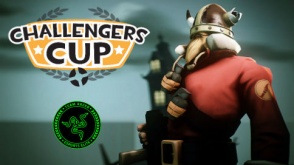 Each round is played in a Best of Three (Bo3) format, meaning a team needs to win two out of the three maps in order to advance in the bracket, the losing team is then eliminated from the tournament. Open Qualifiers take place on September 24th, 2015 (Rounds 1-2) and September 27th, 2015 (Rounds 3-5) with the top four teams advancing to the Invitation Bracket to play against already seeded Invite teams on October 4th, 2015.