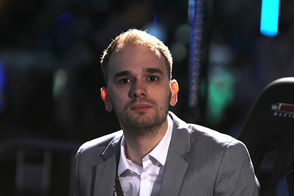 Chris "WARHURYEAH" Parker is a competitive TF2 player who is most well known for having played Demoman for Epsilon eSports and The Last Resort. He is also known for his casting and analyzing skills. He was relatively unknown until i49, when his play with Elemental Violence caught the eye of many players in the competitive TF2 scene by putting out the highest dpm and most frags per minute of any Demoman at the event.[1][2]

He played Demoman for Epsilon eSports for much of their successful ETF2L 6v6 Season 18 campaign, remaining with them for i52. Epsilon eSports finished second to froyotech but defeated former champions Classic Mixup in the consolation final.

Following the changes to Demoman made in December of 2014, he expressed an unhappiness with the reduction in the utility of the class. This would eventually lead to him stepping aside from playing Demoman, playing Soldier for 4SKINGS in the newly created High division.

However, in July of 2015 he stepped in for The Last Resort for i55 after their regular Demoman HYS was ruled out with a shoulder injury.

For Season 25, WARHURYEAH joined Danger Dogs to fill the role of Pocket Soldier but was then later moved to Roaming Soldier. When the team disbanded Chris came back to play Demoman for dark slayers during Season 26 Premiership Preseason Playoffs. He later proceeded playing in Hello Kitteh Ninjas!'s and Team CoolestMaster's rosters.