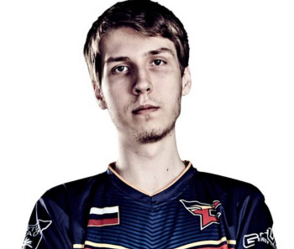 George "ShaDowBurn" Guscha was a Russian Premiership 6v6 player who played Soldier. He was often praised for his DM and Soldier mechanics and his ability to make potential game winning plays in Officials. Despite this skill this never seemed to develop in the results department as he mostly stayed with Russian-speaking teams throughout most of his career with his best finish being 4th with GGWP.pro at Season 18. However when he joined The Last Resort for Season 21 with players like HYS, AMS and NiCO the team made it all the way to the Grand Finals eventually losing to a bolstered Reason Gaming squad. A fundraising attempt was made to send ShaDowBurn and the team to Insomnia55 and although the Fundraiser was met, his VISA was denied by UK Customs meaning he couldn't participate at the event (TLR had to bring in alfa as a stand-in).

After playing his final Premiership Season with Serpents in Season 22, ShaDowBurn eventually quit TF2 for Overwatch where he is now one of the most popular competitive players in the game. He is currently signed by the Paris Eternal for Season 2 of the Overwatch League.