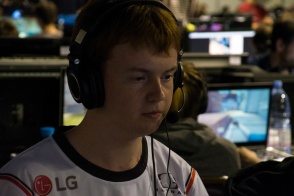 kaptain is a Dutch competitive TF2 player who is currently playing Pocket Soldier for Se7en. Only showing up to the scene around 2013, he quickly made a name for himself and went from Division 5 to Premiership within a year. Although being known for his 6s performance, he started out by playing Highlander.

kaptain had a rocky start playing for Planet Express in ETF2L 6v6 Season 19. He would later be playing for Reason Gaming before Season 20. Season 20 had more at stake than usual, due to the community funded prize pool. His team, consisting out of the second iteration of Reason Gaming players, just came short in the playoffs, losing to Ze Knutsson Rollerbladers in the semi finals.

In Season 21, Reason Gaming was struggling and had a controversial line-up change in the middle of the season. kaptain was able to stay on the roster and they were able to clinch the title, winning the last season before i55. kaptain has since played for nerdRage.tf2, nameLess and most recently Crowns eSports Club, with whom he won i58.

In december of 2016 kaidus announced the rebranding of Crowns eSports Club into Se7en with the intention of sending the team to compete in the eSports Arena LAN in L.A.and kaptain was unable to attend the LAN due to University and was dropped from the roster in favour of AMS, however after the LAN Drackk announced that stark was leaving for lack of interest in the game and kaptain returned to the pocket soldier role with AMS moving to scout.