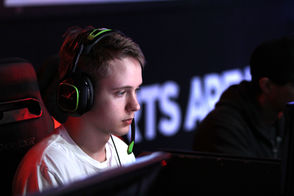 Aleksanteri "AMS" Savolainen is a Finnish player that made his Premiership debut in ETF2L 6v6 Season 19 with Ze Knutsson Rollerbladers. He was firstly mentored by Zebbosai who picked him up directly from the 3rd ETF2L division.

AMS is well known for his aggressive Pocket role, raw DM and frequent offclassing. He played ETF2L Season 25's Premiership Division for sauna slayers as Scout and then Pocket for Se7en. However, he left TF2 for Overwatch after finishing in Second place at Rewind LAN 2017.
Just after a month (but too late for ETF2L 6v6 Season 26) he published a recruitment post on ETF2L[1] for, quote, a "long term project with LANs this year as a focus" along with his old team mates Smirre and Herr_P. Shortly after, he announced ANTIC, his team project for ETF2L 6v6 Season 27 and Insomnia61.