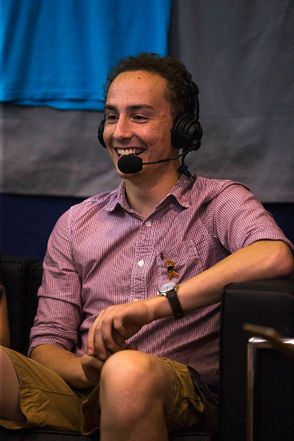 Josh "Sideshow" Wilkinson was a competitive Team Fortress 2 personality and player, known for his role as leader and Roaming Soldier for Perilous Gaming, his casting and writing for teamfortress.tv, his Twitch stream and his organisation/administration of tournaments. He has moved on to writing for the game Overwatch on over.gg, although his presence in the TF2 community has not been completely disrupted. Such as showing up to events like Rewind LAN 2017. Here he represented Marketplace.tf and Ready Up's production alongside uberchain and Dashner. Sideshow would do interviews at the LAN for an upcoming TF2 documentary.

Sideshow has said after i58, his drive to do TF2 events was "reignited," and he has been working hard to get more events to TF2.