From comp.tf
Jump to navigation Jump to search
[e][h]ESEA Season 23 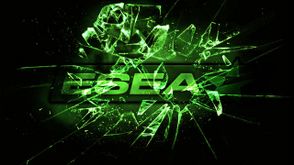 ESEA Season 23 was be the 23rd season of ESEA and the 22nd iteration of a Team Fortress 2 division in the series. The season was be split into three leagues (Invite, Intermediate, Open) and was held across North America from the 11th of September, 2016 to the 19th of December, 2016. Dates are approximate and vary by league.

The overall placings for every division is sorted by the teams':