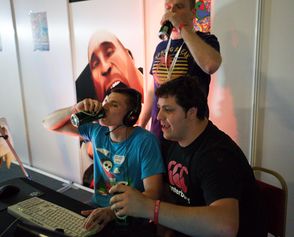 Patrick "Shintaz" Panebianco was a Welsh Scout, who played for teams like Epsilon eSports, SNSD (later sponsored by YoYoTech), Team Decerto and The Enigma Zone Crew. Known by the European community as a crazy scout in 1 vs 1 deathmatch due his appearances and first place in the Scout 1on1 Cup and Scout 2on2 Cup. Also a great performance against the North American teams invited at Insomnia46, playing in the place of wltrs for Epsilon eSports as he couldn't make it to the LAN.