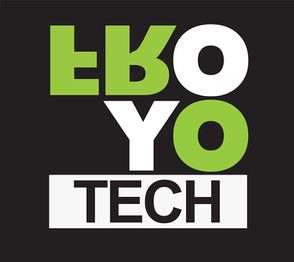 froyotech is a RGL Invite 6s team founded in ESEA Season 16 in early 2014, and is considered one of the best teams of all time. It had consisted of the core of the HRG team from Seasons S13 and S14 as well as iT from S15. After their victory at i52, they were widely regarded as the best team in the world, especially due to their subsequent victories in ESEA-I Season 17, ESEA-I Season 18 and ESEA-I Season 19. In August 2015, froyotech won the TF2 Tournament at i55 after a Grand Final match against nerdRage.tf2, cementing a second victory in a row at the Insomnia Summer LAN. The team initially disbanded on Nov 24, 2015 due to players' loss of interest in the game as well as a Lower Bracket Final loss to TSU in ESEA-I Season 20.

froyotech later reformed with members from Strawberry Mangos and later clockwork rejoining the team. This version of the team won Season 21; in their first season as a roster. Due to clockwork and ninjanick's departure for Overwatch, Classic Mixup's TLR and -bird noises-'s phorofor joined the roster in preparation for i58, which would go on to win Season 22. i58 was the first time in froyotech's history that they failed to make the Grand Final at an Insomnia LAN event, finishing in 3rd place behind Full Tilt and Crowns eSports Club. However following some more roster changes, the team managed to win the next 9 ESEA seasons, as well as the American Rewind LAN 2017, Rewind LAN 2018 and the Insomnia63 after beating European Team Se7en in the Grand Finals. The team chose not to attend the i65 LAN in order to focus on the upcoming RGL 6v6 league that would replace the ESEA league. Since ESEA-I Season 24 the core of the team has consisted of b4nny, arekk, and habib. Between winning 6 international LANs, 15 ESEA championships, and 4 RGL championships, froyotech has proven themselves as one of the best Team Fortress 2 teams of all time.