From comp.tf
Jump to navigation Jump to search
[e][h]Classic Mixup 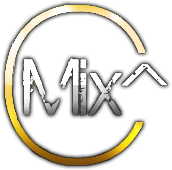 Classic Mixup was an ESEA-I (Invite) team that made their debut in Season 9 with many of the players of the departed team compLexity Gaming. Since their debut, they have made ESEA LAN Grand Finals every season. In Season 12 Classic Mixup became the second team in ESEA-I history on having an undefeated regular season and the first team on being undefeated both regular and post-season(LAN). Classic Mixup also competed in the Insomnia 46 LAN in Telford, placing first. The team has never placed below 3rd in any seasons and tournaments. Only two ocassions since their formation, the Insomnia 52 LAN and Season 17 have they placed below 2nd. Players Platinum and Enigma are the core of the team, having been on the team since ESEA-I Season 9. The team disbanded after the Season 17 LAN.