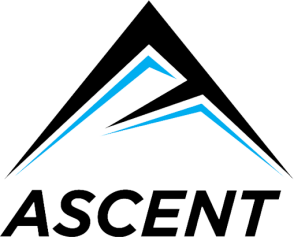 Ascent is an ESEA-I TF2 team founded in ESEA Season 15 from a group of invite pug players that is currently competing in ESEA Season 29. The core of the team, Ma3la and Bdonski, had been together since the team's creation. They were also formerly known as Lost in Translation, Exertus eSports, eLevate TF2, RONIN gg, and EVL Gaming. After the end of Season 18, eLevate gaming ceased sponsorship for Team Fortress 2, and as such, the team previously known as eLevate became known as Ascent.

In the midst of Season 25, the team dropped sponsor EVL Gaming to create the organization Ascent Esports.[1] Ascent are known recently for their intense rivalry with the other top NA team, froyotech, and in that sense are the successors to the disbanded Classic Mixup.

Ascent picked up an established ETF2L roster, unexpected, to represent them at i61. This roster disbanded shortly after the LAN, however the organization did pick up top5rocket for the following ETF2L season.