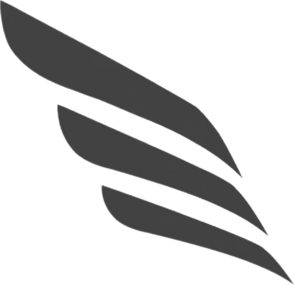 The -bird noises- current lineup for their fourth season as a team. After only just missing out on a playoffs spot in their inagural ESEA-Invite season, -bird noises- was the first Invite team to undergo a roster change, dropping Hellbent_ for attitude clashes with the rest of the team.[1] To replace him the team brought in boomer, who was last seen competing at the top of Invite in Season 15, while simultaneously releasing Linkuser as he decided to step down due to real-life matters.[2] Four days later -bird noises- picked up corsa, noted for his time with Strawberry Mangoes and later froyotech, to resolve Linkuser's absence.[3]

-bird noises'- long time medic indust was replaced by Nursey on May 17th, three days after the disbanding of Luca Goers of which Nursey captained, due to time commitments and a shift of the team's playstyle that both conflicted with indust.[4] However, Nursey's addition was short lived as she later joined RONIN gg two days before the start of Season 22 to replace RONIN gg's former medic phorofor.[5] Team captain Vand expressed his frustrations regarding the transfer and how close it was to the beginning of the season, saying that "the manner in which this was all handled and the timing of it relative to the start of matches is really, really lame for the team that is now down a medic and is scrambling to solve that."[6]

Adding to their medic troubles, phorofor left to fill the void left by ninjanick on froyotech. Scrambling to find a medic, they got former scout, trainer, to take the helm of medic.

Despite not being able to win the previous ESEA-Intermediate season, -bird noises- were still promoted to the subsequent ESEA-Invite season due to an abundance of teams from the previous Invite season disbanding.[7] The squad reunited with their medic of two seasons prior, indust,[8] who was invaluable to their ESEA-O Season 19 success. At the beginning of the season, -bird noises- set out to "be a fierce competitor in the playoff race";[8] but a string of poor results left the team at a 0-4 win/loss record only two weeks into their first Invite season.[9]

Despite a third week which saw them pick up two wins to secure a mid-table position, -bird noises- experienced its first change; switching train, one of the core members of all of the team's rosters alongside Voll, for Linkuser due to apparent "distinct attitude issues and views towards practicing."[10] This change came into immediate effect, as the adjusted -bird noises- lineup upset Team SoloUber in an hour long 2-3 matchup on Sunshine.[11]

However, the team were not able to replicate this success for the remainder of the season, losing crucial matches to EVL Gaming[12] and Team SoloUber[13] to finish 5th, missing out on playoffs by only one placing to Team SoloUber.[14]

After obtaining a move-up to Intermediate, the -bird noises'- roster changed dramatically by merging with the core of fellow Intermediate move-ups slowbr0.[15] Only train and Voll remained as the team brought in mattb, sighguy, Hellbent_, and current team captain Vand. indust left the roster to join Strawberry Mangoes,[16] a team who would later reform to make up the majority of the new froyotech roster.[17]

This iteration of the -bird noises- roster would once again take 1st seed in the regular season,[18] dropping only two matches against the same opponent, Salty Spitoon.[19] It would be this same team that would deny -bird noises- from an ESEA Intermediate Grand Final,[20] as they ended their second season as a team in 4th place; a repeat of their ESEA-O Season 19 performance.

bird noises' original roster in their first ESEA season.[21] Medic indust joined from the previously disbanded Invite team, The Mad Men, giving the roster a wealth of experience and talent.

The team went onto top the round-robin group stages of the division with a 15-1 record,[22] but lost out in a narrow semifinal matchup to finish the season 4th overall.[23]