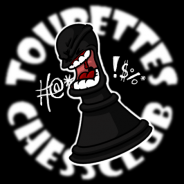 Tourettes Chessclub, commonly referred to as chess, are the former ETF2L 2-time Premiership Highlander Champions and are the only team (other than SNSD and Strong Opinions who have won 3 apiece) to have won the title more than once. Although being highly successful, the team is infamous for their ever-changing roster, with the only one player to remain on the roster since the beginning being one of the founders Khazul (Scissors who was a co-founder has since quit the game). After winning Season 7-8 in convincing fashion, BreakfasT_Jr who many consider to be the key player in the team switched to rival team PremTech and Chessclub could only manage 2nd in Season 9. The team were inactive for the entirety of ETF2L Highlander Season 10 but returned in Season 11 with a new roster, however the team bizarrely defaulted the Grand Final to Strong Opinions citing a lack of player availability as the main reason thus the team finished runners up for the season. The team currently is competing in season 12.

Much like Colony, the original Tourettes Chessclub roster also consisted primarily of pubbers from the Rocket Blast public servers, with mid-season replacements such as Sprayer and Yoshi being recruited from TF2Lobby.

Just like the season before Chessclub was without a full lineup during the start of a season, this time missing a heavy, demoman and engineer, which forced the team to once again default a match against Strong Opinions. Over the course of a couple of weeks, the team was joined by phea as demoman and the North American highlander players Chicobo and Karl as engineer and heavy. Chicobo and phea had during season 11 been playing in ETF2L Premier Division with the team Stacked, and after the disbanding of said team ended up joining Chessclub. Karl is best known for his multiple time NA Platinum victories with his team Dunning-Kruger Effect, and joined the team as main heavy in time for the week 3 official. Because of the overall unavailability of the current lineup, and the team on a regular basis missing atleast one player during each game, Chessclub decided to go with a ten-man lineup where Deox is considered having a main roll by filling in for whoever is missing in the upcoming match.

During the months leading up to season 11, chessclub was in a reunion process where the team at the start consisted mainly of former chessclub players lead by the newcomer Flow as sniper. Although because of the same reasons that broke the season 11 roster apart (people lacking interest in the game, busy during evenings, etc) the roster changed dramatically to the point where only Ondkaja, cherryrendezvous, Tracker (who replaced Flow when he left the team) and Khazul were former chessclub players. After Flow's departure, Synrise ended up not only replacing Scissors as the team's pyro but also taking on most of the leadership duties. During the first week of season 11, chessclub was still missing a full nine-player lineup due to lacking a scout, demoman and medic. Due to The Bureau dropping during that week, their scout Funs decided to join chessclub meanwhile Fragm3nt3d joined as medic. The team was still missing a steady demoman throughout most of the season, until when Hildreth joined during week 6. Because Ondkaja couldn't attend playoffs (and later leaving the team), JackyLegs stepped up and took over as main soldier. The team bizarrely defaulted the Grand Final to Strong Opinions, citing a lack of player availability as the main reason, and thus finished runners up for the season.

Although hardly similar to the recent Chess roster, this roster for the first Highlander-only TF2 LAN, DeutschLAN, would actually contain more familiar chess-faces than most other variations of the team. The team was named "checkers", and contained current Chessclub members Scissors and Khazul, as well as former members quintosh, Yoshi, BreakfasT_JR and Deox. CeeJaey & Raptor from the team Strong Opinions, as well as Kylähullu, would make up the remaining part of the roster, last mentioned as a last-minute replacement for LANdodger Nik. The team went unbeaten (8-0) in the group stage, winning 26 rounds and dropping only 1, to Fair Enough. In the Grand Final they came up against Fair Enough again, winning 2 maps to 0 (Lakeside 4-2, Gullywash 5-1) to take home the trophy and the prize.

This was how the roster looked for the majority of the season, as Scissors left the team shortly before the playoffs, huhy quit TF2 due to availability issues, and former ETF2L anti-cheat admin quintosh was banned for the season for having leaked confidential information regarding anti-cheat work. Fair Enough's pyro, Lex, stood in for Scissors as a merc during the playoffs and finals, blub replaced huhy on demo, while ondkaja stepped up from substitute to main soldier in the wake of quintosh' ban. Before the start of the season, atomic, uubers and long-time chess member Sprayer were supposed to continue playing their classes from the previous season where the team had taken home their first ETF2L Premiership championship. Due to a highly controversial kicking of Sprayer, however, fellow team mates uubers decided to leave the team, which in turn prompted his long-time friend -atomic to do the same.

The roster used in the playoffs and the finals for this season was slightly different from the one above. Engineer b4n4n4man and sniper tracker were highly controversially demoted to substitutes after the main season, according to the team due behavorial and availability issues. For the playoffs and finals, the team moved main demoman quintosh over to the engineer spot, while newly recruited inso took over the sniper spot. This roster would eventually go on to bring home the team their first ETF2L Premiership title.

Although ending with a very satisfying result, this particular roster had many issues over the course of the season, and as a result, changed main heavy no less than 4 times. Main demoman Kaylus was also kicked after having infamously gone AFK during the UGC Platinum Grand Finals, being replaced with quintosh late in the season.

First chess team to compete in the ETF2L, finishing first in Division 1 with a clean record featuring no losses whatsoever.

Known as the "odd" chess roster, leader Scissors was forced to make a make-shift line-up for their first season in Platinum, as many of the original players from the first season could no longer commit to playing regularly.

The original chess roster as it looked in the grand finals and the games leading up to it.