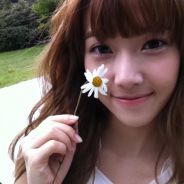 SNSD was the most successful team in early European Highlander history with 3 season wins. They are also the winners of the first Highlander competition, the Highlander Community Challenge in 2011.

SNSD was founded when the Highlander Community Challenge was announced in the middle of 2010 by captain Linus. They then played in all regular ETF2L Highlander Seasons until they merged into Jamais Vu in Highlander Season 6

SNSD breezed through the group stages and early knockout rounds, reaching the quarter finals without much difficulty. They then beat Blood is Good, including CUBE who would later join SNSD, in the quarter final convincingly. In the semi-final they beat pub team May Contain Nuts over two maps to set up one of the oldest rivalries in Highlander - SNSD vs colony. Although losing their first map of the tournament, SNSD would seal the victory and begin their legacy.

After their triumphant win in the Highlander Community Challenge, SNSD began preparing for Highlander Season 1. Now without any roster restrictions, SNSD were free to recruit most of the Division 1 6v6 team froyotech (which included SNSD captain Linus). This team was the core for the upcoming seasons, with minor changes here and there. For the next 3 seasons SNSD did not lose a map to any team, a feat which has not been matched since. They were the first team to have won 3 Highlander Seasons and an impressive 22 officials won in a row.

In Season 4, SNSD looked to continue their great form and looked in the perfect position having won all of the regular season matches, setting up a final against french team DAROUTOUTOU. However against all odds, SNSD lost in 2 straight maps and losing their first ever official ETF2L match. This pushed SNSD to make some severe roster changes, and the team never reached the same level of dominance.

After a disappointing Season 5, SNSD rebranded as Jamais Vu, since most of the original members were no longer playing and it felt like a different team. Only Linus and TheSucker remained from the Highlander Community Challenge. The team placed mid table in Season 6, and folded straight after.