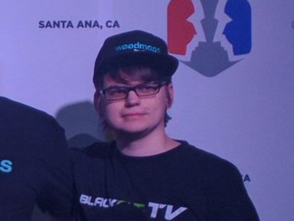 Hildreth is an English Highlander and 6v6 Demoman who currently plays for, and leads Highpander in the ETF2L Premiership. He has also been a caster for several casting organizations, a news-writer, and captain of the England National Highlander team on 3 occasions. He has organised various tournaments including the EU vs NA Highlander showmatches and TeamFortress.TV Highlander invitational. The ex-ETF2L admin formed Highpander after playing for American teams in UGC North America and is currently one of the most experienced players in ETF2L today.

Hildreth started playing 6v6 in 2009, creating LagTastic Gaming to play in Division 6 of ETF2L during Season 7. He would stay on the team until January 2012, where he would then try his luck on The Devils Rejects, only to be kicked from the team within a month. He then formed Lowpander, known originally as Furbo Pandas who would climb from Division 2 to Premiership level over the next 4 seasons, beating Last Man Standing in the Season 15 relegation playoff. After being sponsored by Decerto, his team managed a 7th placed finish, retaining their Premiership spot. The team did however fold at the end of ETF2L Season 16, only to reform during ETF2L Season 18 with new players from Highlander. They managed another 7th placed finish, retaining their Premiership spot again after winning the relegation playoff once again. The team then folded after a poor start to the next season, Hildreth has since taken a break from 6v6 playing briefly for Team Colonslash before joining Hello Kitteh Ninjas! and helping them to a 1st place finish in High during Season 21.
Later on, Hildreth played for Team Infomax during Gamers Assembly 2016 and reformed Lowpander for ETF2L Season 23. The team went on to win ETF2L Season 25 High Playoffs; defeating 2nd and 1st seed teams and subsequently booking themselves a Premiership spot for ETF2L Season 26.
In January 2017 he competed at the North American LAN Esports Arena Rewind 2017 with The Enigma Zone Crew in the open tournament.

He started his European highlander journey at LagTastic Gaming Highlander in the ETF2L Highlander Community Challenge, though he spent most of the tournament mercing for this American team, Lazytown Regulars. After this, he went on to join Unbelievably Brave Sweethearts, who were formed from the remains of Lazytown Regulars and played in North American Highlander in UGC. After finishing both top 8 and 4th on two occasions with uBs, Hildreth joined the new super team The Syndicate as a backup in season 8, who went on to win the UGC Platinum title. During Season 9 Hildreth was moved up to a main spot on Medic, however the majority of the title winning side had changed and The Syndicate finished in 4th place. With this experience under his belt, he kept quiet in the lower divisions, until he brought his UGC team to Europe. Unbelievably Brave Sweethearts did well in ETF2L, but eventually fell short to make the climb to the Premiership division, finishing in 3rd place during Season 4 of ETF2L.

After Season 4, he then began creating Highpander together with stevepander and would eventually win the Premiership in Season 6, beating itsallgood in the finals. The team has been in the top 3 of every season since it's formation and are known as one of the best Highlander teams in Europe currently.