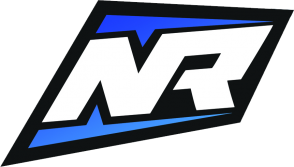 NerdRage.tf2 was branch of the eSports sponsorship organisation NerdRage.pro. The team was called zizi and Tony's Tigers prior to it's sign up during Season 21, at which point the team compromised of half of the Season 20 Awsomniac team and half of Ze Knutsson Rollerbladers. Due to their experienced players, the team was a public favourite to win Season 21, but eventually finished in third place. The team attended i55 as one of the 3 main EU teams aiming to win the tournament, ultimately finishing in 2nd place after playing in the Grand Final against froyotech. This iteration of nR disbanded after i55.

Halfway through Season 23, the organisation picked up the former Reason Gaming squad which would go on to win the season. Shortly afterwards, Kaidus would leave the team due to a long standing wrist injury[1]. The team was rumored to be trialing Perilous Gaming's spudd!, but before any decision was made, the organization dropped the team due to reported financial trouble. [2]

In early 2017 NerdRage made their return to TF2 by acquiring top5rocket's roster for Gamers Assembly 2017 and the next I-Series event. [3] After finishing a disappointing 2nd at GA it was thought that the team had suddenly disbanded shortly afterwards when Team Captain Ombrack made a recruitment post on ETF2L [4] but at the time of writing NerdRage have acquired Demoman Elacour suggesting that the team is still active.