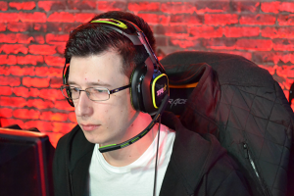 Drackk is an English competitive TF2 player whom is currently the roaming Soldier for Se7en. Despite having played in top high for an extended periods of time, mostly playing Pocket for ownage squad, Drackk jumped right to the top of the premiership changing role to Roamer to play for Reason Gaming, now Se7en. Although he started out be known for his passive "door watching" style he started to take a more active role in playmaking.
Since moving from ownage squad he has won three consecutive Seasons of the ETF2L Premiership with Reason Gaming (then nerdRage), nameLess and Crowns eSports Club respectively with the latter team winning i58 as well.