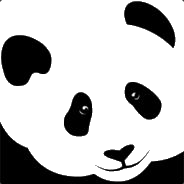 Highpander is a European Highlander team which has played numerous seasons in the ETF2L Premiership division.

Highpander was created by Hildreth in August 2013 after playing exclusively in UGC for Unbelievably Brave Sweethearts and The Syndicate. He formed the team with Stevepander who recommended former Max-Play Highlander teammate phromelo. Hildreth brought in former teammate Ritalin and after a lot of trials, settled on bringing in 6v6 teammates zoob and furbo from the disbanding Colony plus Nijoonen, Dr.kaka6ka and Fearboy who were playing in a Premiership team for the first time. The first competition Highpander entered in was the Wireplay Season 11 which contained many of the best European teams. Highpander managed to finish top of the league in the regular season, setting up a playoff final against ETF2L champions DAROUTOUTOU. In a very close best of three series, Highpander managed to win on cp_steel 2-1 in rounds, winning their first competition. Meanwhile during ETF2L Season 5, Highpander managed to finish first place again in the regular season, beating former champions SNSD and DAROUTOUTOU on the way, lining up a final against Kill Switch. In a DDoS affected match, Kill Switch ran out clear winners, taking both Highpander's map picks cp_steel and cp_gullywash_final1.

After the defeat, Hildreth shook up the roster with some of the players leaving to focus on other things. Nijoonen was moved to Engineer allowing Piddox to join the roster from #SDW and take up the Heavy spot. Solid was brought in to play Spy replacing an inactive Fearboy, whilst Fool from Raw Deal was brought in to play Medic. Furbo left TF2 before the season began, leaving Highpander to recruit Danish legend Quad, however Quad's attendance was shaky and he was replaced by backup player Kissakala at the start of Season 6 of ETF2L. Highpander entered Wireplay Season 12 with their new roster but after losing to Tourettes Chessclub on koth_viaduct_pro, the team dropped from the league believing to have no chance of winning, focusing instead on ETF2L. The decision seemed to pay off, as Highpander qualified to the playoffs in 2nd place, losing to both Kill Switch and Itsallgood in regular season, but beating everyone else. During the playoffs, Highpander managed to beat Tourettes Chessclub with relative comfort, taking cp_process_final 5-1 and koth_lakeside_final 3-1 and setting up a second grand final appearance against Itsallgood. Unlike the regular season where Itsallgood narrowly beat Highpander on pl_badwater, Highpander went on Itsallgood's map pick of koth_lakeside and beat them 3-1 before playing on Itsallgood's "home map" of pl_badwater. After a really bad attacking time of 14 minutes was set by Highpander, Itsallgood failed to push last point for 8 minutes, resulting in Highpander taking a surprise 1-0 advantage. The 2nd round went to Highpander as well, securing their first ever ETF2L title and winning €500 + 9x Tt BLACK Gaming Mouse.

Onto Season 7 and Highpander were looking very strong, winning the TeamFortress.TV Highlander Invitational #2, a pre-season tournament with all of the Premiership teams, beating Tourettes Chessclub in the final. Highpander were favorites for the season, replacing their Spy, bringing Grenjabob from Kill Switch into the roster. They also recruited Hildreth and zoob's 6v6 teammate, Russian scout Yangpie as Scout, moving Kissakala to Medic to replace Fool who was quitting the game. Despite their favorite tag and strong start to the season, Highpander were plagued by a lack of practise and it was evident after they surprisingly lost 6-0 to Stacked on cp_gravelpit during week 4. Despite this, they still managed to win their other matches, setting up a week 7 game against Tourettes Chessclub on cp_Steel, the winner going into the Grand Final and the loser having to face Premtech in the playoffs. A roster troubled Highpander lost the game on cp_steel with about 30 seconds left on the clock in the deciding round, resulting in another 2nd place regular season finish for Highpander. For the playoff, Highpander were at full strength except for their star sniper phromelo but were surprised by the strength of Premtech, losing the first map on pl_badwater 2-0. Despite managing to fightback to win cp_process_final, Highpander lost for the 2nd time on cp_gravelpit 2-0 leaving them with a 3rd place finish, their worst performance to date. Hildreth described the game as the "worst performance we've ever had" during the post match interview, hinting at changes to the roster.

Come Season 8 and Highpander kept most of their squad, moving Kissakala back to Scout and bringing in Sprayer to Medic after he was controversially kicked by Chessclub. Highpander also brought in North American heavy polk after Piddox left the team after the Season 7 final. Highpander managed to win the pre-season event, Experimental Highlander One-Night-Cup #6 by beating Chessclub in the final, before also beating them in the first week of the season 4-2 on pl_upward. Despite surprisingly dropping a round to newcomers WASP, Highpander secured another regular season first place finish and qualified for the grand final. Tourettes Chessclub managed to beat Premtech and book their place in the final, giving both teams a chance to win their second title. A closely fought first map on cp_steel went to a deciding round, with Highpander setting a really good offensive time of 6 minutes, they lost with less than 20 seconds left on the timer granting Chessclub a win. The second map choice was pl_badwater, which was again really close, Highpander were on the brink of defeat 1-0 down in rounds and 2 minutes left to capture last, they managed to execute a push and take the round, squaring the game up before again taking the deciding round, setting up a clash on Chessclub's pick, koth_viaduct_pro7. This time Chessclub's practise paid off as they won a fairly one sided map 3-0, giving Highpander another 2nd place finish. After the match, Highpander leader Hildreth said his team would have folded if they had won the season, but because they lost they "had to come back".