From comp.tf
(Redirected from Alfa-)
Jump to navigation Jump to search
[e][h] 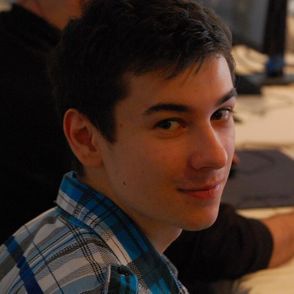 Andrei "alfa" C. was a Canadian player, known for his class versatility and ability to adapt to many different teams. alfa was one of the few players who played for both Europe and North American teams, competing at LANs representing either. He was regarded as a top tier Soldier, Medic, and Scout during his career.

alfa's first fully committal team was Businessmen, who managed to make playoffs in ESEA-IM Season 10 trumping both xensity and Beybladers. alfa played Medic for the team alongside other invite legends such as blaze and Ruwin, never dropping a single Übercharge. The team finished 12-4 in their regular season, and came third in intermediate playoffs.

alfa was picked up by the original High Rollers Gaming, a team which would later be led by b4nny to a third place finish at i49. The team saw a fair season, placing fifth in ESEA-Invite with five wins and eleven losses.

alfa decided to leave High Rollers Gaming team to play with the well known Don't Trip, filling in slots that were deserted by b4nny and shade. The team did not see as much success as they placed sixth in ESEA-Invite with a mediocre 4-12 record.

The Chess Club, led by tri, picked up alfa, participating only 8 matches, playing both Medic and Demoman for the team. The team naturally found great cohesion, as they were one of the only pick-up teams to make playoffs. alfa brought his team to forth to fourth place in playoffs, right under Fully Torqued, a 'fat' team that included PYYYOUR and A_Seagull, players who made Classic Mixup one of the best teams in the world.

Lost in translation, a newer team led by Ma3la, picked up alfa on Medic. Through tough practice, the team went (12-4-0), the score of a top invite team. Together, in playoffs, the team won third place in ESEA-I Season 16. Again, for ESEA-I Season 17, the team went (12-4-0), however was contested for third place by Street Hoops eSports, and took fourth instead. As ESEA-I Season 17 went by, eLevate took a perfect season and in playoffs, shocked North America, beating the world champions of the time, Classic Mixup. Classic Mixup disbanded as a result of this disappointing defeat. In ESEA-I Season 18, the team took a fair (11-5-0), but trumped an old rival, Street Hoops eSports, and the Mad Men. Unfortunately, alfa's TF2 career took a turn and he later participated in The Last Resort, a European team, after a brief break.

alfa, eager to participate in Insomnia55, replaced The Last Resort's roamer, ShaDowBurn. thesupremecommander writes, "His addition marks the first known intercontinental team playing in a LAN environment, and his knowledge of North American play will be a boon in helping counter their strategies during the intercontinental tournament." Although the team drew one of the top teams, froyotech, the team came fifth and alfa dropped the team immediately after the tournament.

alfa briefly filled in for ash, as he left to replace lansky on froyotech. The team finished 3rd in playoffs for ESEA-I Season 19.

As alfa was unable to join a team for ESEA-I Season 20, he created an invite team of newer talents, whom now have reformed to create the majority of froyotech. Expecting to make playoffs, the team ended up near the bottom of invite, unable to contest teams like alfa's former team, Ascent. During the season, alfa had issues between his parents and his playing of TF2, forcing him to switch roles with tagg, playing Roamer (without comms) instead of Pocket. alfa could not communicate with his team during some matches, further decreasing hope for playoffs. The team disbanded shortly, as they could not guarantee themselves a spot in playoffs. Although the merging of Strawberry Mangoes and froyotech is clouded by a lens tinted by teamfortress.tv forum trolls, it is rumored that alfa was supposed to be on the team before he was supposedly cut by b4nny.

alfa is currently retired from Team Fortress 2, but he does sub for FROYO BLACK occasionally.