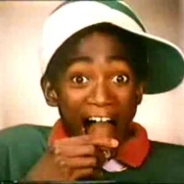 Super Dickmann's KANNONEN! is an ETF2L & a UGC Highlander Team. They are double ETF2L and triple UGC champions, only the fourth team in history (after SNSD, Tourettes Chessclub and Strong Opinions) to achieve such success. After winning the High Division in ETF2L Season 10 they competed in the Season 11 Premiership Division. After having an imperfect season they barely made playoffs by finishing 4th in the regular season. There they had a close loss against the favorites Strong Opinions, and in the Lower Bracket managed to beat their long rivals Budget Toucans to fight for the Grand Final spot against Tourettes Chessclub. SDCK ultimately fell short and took the overall 3rd place. In ETF2L Highlander Season 12 Grand Finals SDCK have beaten their long-term rivals Strong Opinions to become European Champions for the first time. It was the first ever title for 8 out of 9 team members with the exception of Sprayer who had won before with Tourettes Chessclub in Season 7. They have continued their success in ETF2L Highlander Season 13 by beating their junior squad Super Dickmann's JUNIORS in the semi-final and moving on to play the top seed Strong Opinions in Grand Finals. In what is now considered to be one of the closest finals in highlander history SDCK came back from losing the first map Gullywash 2-3 to winning Upward 2-1 and the decider map Badwater 2-0, thus becoming ETF2L Champions for the second time.