From comp.tf
(Redirected from HL)
Jump to navigation Jump to search 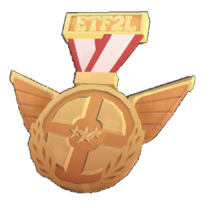 Highlander, a form of 9v9, is the largest competitive Team Fortress format. Its similarities to average public servers makes it an ideal starting point for new players, and its requirement that each team has one of every class means no matter what you like to play, there's a spot on the team for you.

Highlander is a competitive format with nine players on a team, each representing a different class. The name of the format comes from the quote "There can only be one [of each class]" from Highlander, a movie released in 1986.

A staple map of Highlander, Upward

Main Article: 5CP Control point maps have 5 points. Either team has to cap 3 of the five points to win. Capping the midpoint results in the winning team to get a forward spawn that allows the rest of the team to attack the 2nd point quicker. In Highlander, CP maps usually recieve negative feedback due to stalemate situations that can last for an extensive amount of time. For example: On Process, when either team is unable to move through choke and both medics don't have uber yet. The stalemate usually ends with a medic popping his uber.

In a King of The Hill map, there is one central point on the map. Each team must try to capture that point. When one team does capture the point, their 3:00 timer will begin to time down. When the other team captures the point, the other team's timer stops and their timer starts to tick down. The first team whose clock reaches 0 wins the round. It is important to note that if the point has capture progress on it when one team's timer reaches 0, the game will go into overtime, where the defending team must wait for the capture progress to reverse fully or the attacking team must capture the point to continue ticking down their own timer.

Note: The team that does NOT control the point will have faster re-spawn times. 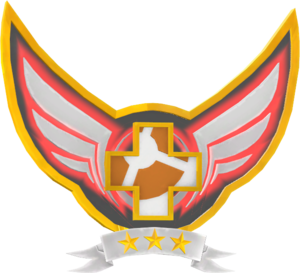 Highlander in Brazil used to be hosted primarily by Chapelaria, but the league is no longer active.

Over the time the community has wrote a handful of guides on how to play this popular format, some of them can be seen below: