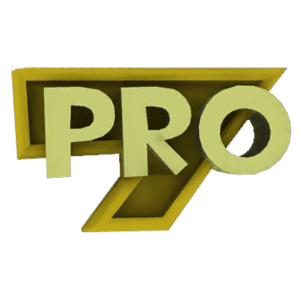 The medal awarded to players finishing in first place

Pick/ban Prolander is a competitive game mode. It was promoted mainly by members of the Highlander community and more notoriously the RGL league head admin Sigafoo. It aims at being a middle ground between 6v6 play and Highlander, giving more opportunities for situational classes to appear ingame due to its class limit of one for each class. It was originally going to be a 6v6 mode but after negative feedback from teamfortress.tv, Sigafoo decided to create the 7v7 format. The main Prolander league is Recharge Gaming League run by Sigafoo. Most of the map pool is similar to that of Highlander, with Payload and KOTH maps making up the majority. The teams have the option to pick and ban weapons before starting the match, or to use a standard whitelist.

The idea was developed primarily amongst Highlander players, and a prominent streamer/Engineer main Sigafoo who started doing experimental cups developing the format in early 2017.[1] Eventually he decided on a 7v7 format instead of 6v6, and in May 2017 founded Recharge Gaming League (RGL) to host this new format, which he called Prolander (also known as 7's or 7v7).[2]

On the 15th June 2017 the first season of Prolander was launched in North America, with 18 teams competing for a $4000 total prize pool. [3] Season 2 was launched on the 11th October 2017, with 22 teams and a prize pool of $4000. This was quickly followed by a third season February 2018, with 37 teams and a $4000 prizepool. [4] After the format was seen to be well established and flourishing, Sigafoo decided to start the European and Australian Prolander events staring with One day cups in March and June 2018 respectively. This then launched into full seasons of Prolander for both, with Europe's starting April the same year and Australia's following in August. [5]

On the 24th of November 2019 the EU Season 4 Wrap Up post announced that due to League Admins stepping down, the European Prolander league would be indefinitely postponed. [6] This marked the temporary end of all RGL European events, however the league continues to run events in North America and Australia.

With its team sizes of 7 and class limits of 1, the primary strategy of play revolves around the support and pick classes chosen by each team. Classes can be changed in game at any time, as long as there are no more than one of each class outside the spawn at any given time. As with other competitive formats, there is a combo consisting typically of a Medic and a Demo, with other classes such as Heavy and/or Pyro often joining them.

The combinations of the classes possible creates a variety of gameplay options, for example the defensive team on a Payload map may choose to use a Medic, Demo, Pyro, Heavy, Engineer, Soldier, and Sniper which would be a very combo heavy, defensive composition. The attacking team may run a Medic, Demo, Pyro, Sniper, Soldier, Scout and Spy, which is very flank/pick intensive composition which could be used to counter the other teams defenses and exploit lightly held flank routes. The format revolves around shifting classes in response to the other team, for example if BLU struggles to deal with a RED Engineer they may run a Spy. If a RED Sniper then changes Pyro to counter this Spy, then that leaves RED open to a BLU counter Sniper and so on.

Below is a list of organizations which currently have, or have had, Prolander leagues or cups in the past .