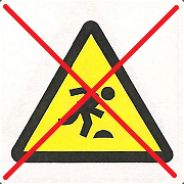 Don't Trip was an ESEA-Invite team that was formed in Season 5 by enoryt. The team dropped out of ESEA Invite in the middle of Season 13. Don't Trip is well known for having the b4nny and enoryt pair in their roster and making LAN every season during their ESEA Invite career.
After ESEA Season 12 LAN b4nny, cyzer and shade left the team to form bp (renamed to High Rollers Gaming). This left no choice to enoryt but to merge Spacewhales with the remains of the team.