Difference between revisions of "Nursey" 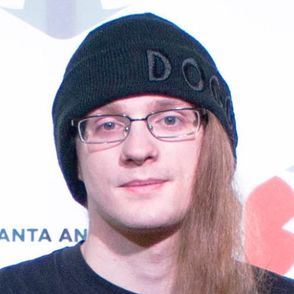 Jenny "Nursey" Tempalski is an American player currently playing Medic for Ascent. Playing ESEA-Invite since ESEA-I Season 20 for Luca Goers, she has made ESEA-I playoffs twice. Nursey has also competed in ETF2L Premiership with teams like The Last Resort and Sauna slayers. She is also an accomplished Highlander Medic in both UGC and ETF2L.

Although not Nursey's first team, it is the team she made her jump from ESEA-O to ESEA-IM with. The team went (15-1-0) in ESEA Season 20 in Intermediate to jump right into Invite. Nursey would stay with the team till ESEA Season 21. The core of the team would be merged into EVL Gaming. This reform included Nursey.

Nursey had a short-lived run with EVL Gaming during ESEA-I Season 21 where they finished 4th. However, after the season ended the team would disband due to time and personality conflicts. Then Nursey would join team -bird noises-, to replace long time medic indust[1] but after less then two weeks, when phorofor had to quit from Ronin, Nursey instantly took the opportunity and played ESEA-I Season 22 with them, forcing -bird noises- to search for a new Medic.[2] Ronin ended up finishing 2nd despite winning the first bo3 against froyotech. After internal issues within the team Ronin disbanded after the season, forcing Nursey to find another team.

After Ronin disbanded, Nursey rejoined former team -bird noises-. After losing the first two games, Nursey decided to take a break from the game due to real life pressures. However in Week 4 she stood in for froyotech but was suddenly banned from ESEA for a month after Week 5 for account sharing with fellow Medic zilly, ruling them both out for the rest of the season.

When shade left froyotech for a second time Nursey was brought in as his replacement, playing her first games for the team at the FACEIT 6v6 Opening Tournament where froyo took 1st place from rival team EVL Gaming. Her next challenge was at the upcoming Esports Arena Rewind 2017 LAN event which would be here first time against European and Australian competition at LAN. However froyotech were undefeated all the way to the Grand Final where they met European team se7en. froyotech won 3-2 in maps, cementing Nursey's place as one of the best Medics in the world and achieving her first ever International LAN win. She'd go on to win Season 24 with the team.

After the victory at Esports Arena Rewind 2017, Nursey felt as if playing with b4nny was a free first place. She transferred back to EVL Gaming, who then dropped the sponsorship and became Team Ascent. This also meant the exit from cookiejake from the team.

In Season 22 of ETF2L Premiership Nursey was named as Medic for European Organisation TLR (who were runners-up from Season 21), replacing Serotone. The team had a lacklustre season possibly affected by their loss of star-players ShaDowBurn and HYS and subsequently finished 6th overall. TLR disbanded after the Season.

For Season 23 Scottish Scout sheepy brought in Nursey to replace the outgoing Raptor who was cut due to internal conflicts with the team. Although impressing onlookers with her individual plays the same couldn't be said for the team, which finished the Season in 6th once again.

Despite taking a break from European competition for a Season Nursey was determined to achieve something in ETF2L and formed a team with ex-teammate AMS to make Thanks Nursey for Season 25. The team had much better results in the regular season and strengthened the team midway by bringing in talent like Silentes and Alle (both from the disbanded Full Tilt squad). The team made it all the way to the Grand Finals where they met reigning European and World Champions Crowns eSports Club. Despite taking Gullywash 5-0 (a rarity for Crowns to lose by such a margin) Crowns ultimately proved the better team and won the bo3 series 2-1. Nursey had made history by achieving top-3 finishes in Invite and Premiership in different continents.

Nursey has won major titles in both NA UGC and ETF2L Highlander leagues. She has a total of six top-3 UGC Platinum finishes all of which with prolific team Kids Next Door (including two first places). She also has two top-3 finishes in ETF2L with team PremTech (two 2nd places). Nursey is known for playing the majority of her HL career with American Heavy Kresnik.