Difference between revisions of "Teejay" 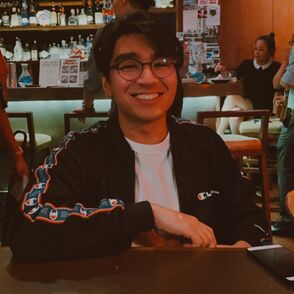 teejay is well known for his extremely versatile playstyle, as well as his infamous short outbursts of rage within the Asian community. He initially began his competitive career playing Soldier at the highest level with For Freak's Sake in AsiaFortress Cup 7, obtaining a respectable third place in his first season. He made the transition to Scout during his stint with Mihaly's Flow in AsiaFortress Cup 9, claiming his first ever victory in his career. He is currently dominating the Asian scene with Xiao, achieving multiple consecutive wins all throughout 2019 until the present.

Being one of the oldest currently active players in Asia, beginning his career in 2013, teejay has gained worldwide fame due to his success in both AsiaFortress and ozfortress despite not having competed at an international event. Formerly a Soldier main in 2013, he transitioned to Scout and occasionally Demoman in 2015 onwards while playing for many Premier AsiaFortress and ozfortress teams. He is known to be a very heals-heavy player, with his game-sense and experience together with his incredible DM often playing a large part in his team's success.

Because of his strong maincalling and knowledge of the game as well as the ability to play every class at a top Invite/Premier level, teejay is widely regarded as one of the greatest players in Asia of all time.