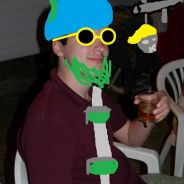 top5rocket is a French TF2 team captained by Ombrack that is currently competing in the Premiership division of ETF2L. The team have been present in the scene for numerous seasons with their best performance so far being winning the High Division in Season 24 as well as Gamers Assembly 2016.
In late February 2017 the team was picked up by eSports organisation nerdRage who intended to sponsor the team to Gamers Assembly 2017 as well as the next Insomnia LAN event, however they were dropped by their sponsor near the end of Season 27 due to their poor results.
Just 3 weeks in ETF2L Season 28 the team signed with Ascent Esports and became Ascent.EU.